All the fish come on board alive.

‘We got these new four-panel split codends in the autumn. Our experience with these has been very good. We used this type of codend a long time ago, but it was in 2013 that we first had this kind of codend in T90 netting. These were four-panel codends and immediately resulted in significantly better catch quality than we were used to seeing. These new codends are giving us even better quality fish, so that’s a big gain,’ said Eiríkur Jónsson, skipper of fresher trawler Akurey, one of HB Grandi’s new trawlers.
Hampiðjan’s split codends are made in T90 netting in a 155mm mesh size and are rigged on DynIce Quicklines. The codends have four panels, which is something new, and have been developed by Hermann H Guðmundsson, master netmaker and general manager at Hampiðjan in Akureyri. 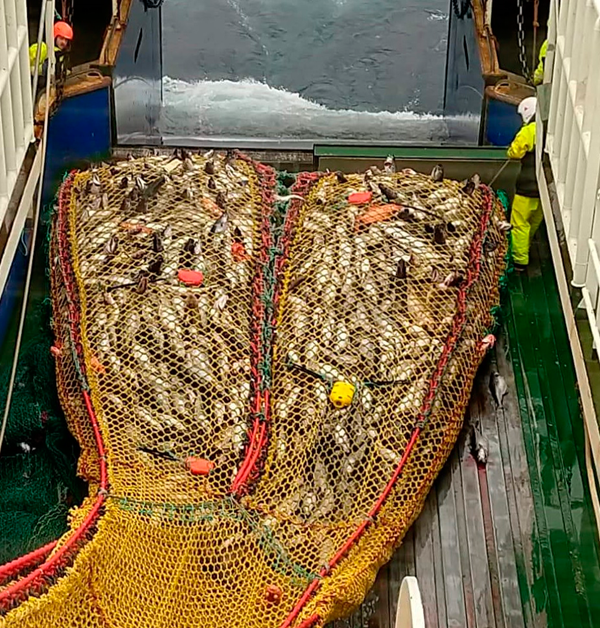 The codend is split in two, reminiscent of the legs of a pair of trousers. The aim of the design is to increase catch quality and this is achieved by opening the meshes more effectively that is usually seen. This results in less pressure on the fish in the codend, which means that quality is higher.

Eiríkur Jónsson was happy to share his experience of using these split codends on board Akurey.
‘We used split codends in the past and in general these have worked very well. But there could be problems with unusually large hauls, although today that’s not something that should take you by surprise. Fishing gear technology has advanced so far now and the catch sensors and sounders give a very clear indication of the fish entering the trawl. With the introduction of T90 netting from Hampiðjan and the Quicklines we saw a real change in these innovative  codends. The bag opens much better than we were used to, which lets the smaller fish escape alive and the quality difference was unmistakeable in comparison to the traditional two-panel codends. With four-panel codends in T90 and split codends rigged on Quicklines, there is even more of a difference, in my opinion. In a standard haul all the fish come on board alive and that makes a huge difference to the quality,’ he said. 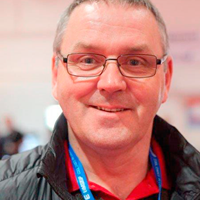 Eiríkur Jónsson said that Akurey’s crew, most of whom were previously with him on board Sturlaugur H Böðvarsson, have had a very good co-operation with Hampiðjan and with Hermann Guðmundsson, and the only change that has been made to the new codends is that they have been lengthened from 16.5 metres to 20 metres, the length Akurey’s crew are used to working with.

‘The trawls we use are also Hermann’s design. These are Hemmer 470 trawls, with T90 netting throughout. These trawls and the split codends have worked out very well for us, and from what I hear, there are others who are interested in switching to these codends,’ Eiríkur Jónsson said.