Gloria trawls have served us well 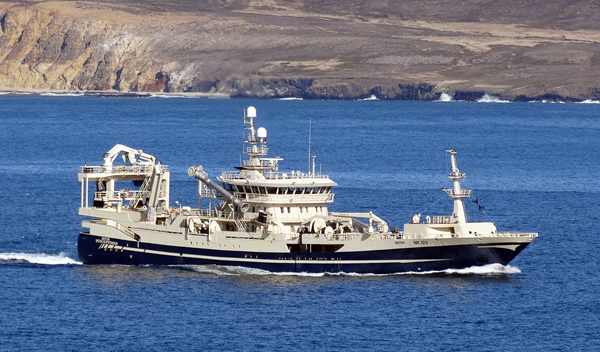 ‘It was probably in 1999 that we started to use Gloria trawls for fishing pelagic species and now we have four variant of this kind of trawl in our armoury of fishing gear. 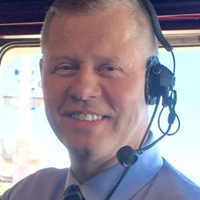 Our experience with these has been excellent and there isn’t a trawl out there that catches better,’ said Tómas Kárason, one of the two skippers on pelagic vessel Beitir. He sent Hampiðjan a Christmas greeting to thank them for the co-operation over the past year, and for the Gloria 2048 trawl that he said they had used for mackerel in international waters and for herring on home grounds with great success. He added that there is no doubt that other fishing companies will be ordering 2048 trawls in 2019.
Tómas’s comments were well received by Hampiðjan, and we decided to ask him a few more questions about his experience with Hampiðjan gear.

‘We started with a Gloria 2400 for blue whiting. The trawl performed very well and Síldarvinnslan had originally bought it as a pair trawl for Beitir and Börkur.’
The next step was a Gloria 1760 trawl that was used for mackerel off the east of Iceland.
‘That trawl’s performance was outstanding, with a good headline height and the spread was everything you could ask for. Everyone who has fished for mackerel where there’s also herring on the same grounds knows that it can be a challenge to avoid getting herring mixed with the mackerel, but this wasn’t a problem with the 1760 trawl. We were able to avoid the herring completely on the shallow grounds off the east coast because the trawl stayed above the herring the whole time,’ he said, before mentioning the 2048 trawl. 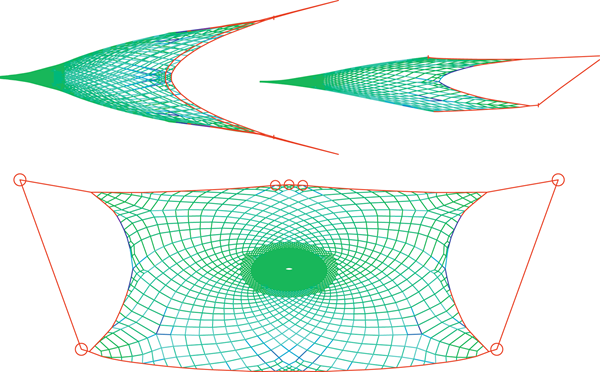 ‘We used a Gloria 2048 for fishing mackerel and herring in the Herring Loophole and also off the west coast, and the results were plain to see right away and it was clear how well this trawl took herring. I’m not sure why it works as well as it does, but my feeling is that the 32 metre meshes in the front sections are a big part of this,’ Tómas Kárason said, adding that in addition to these three trawls, Beitir also has a Gloria 1408 trawl that has been successfully used to catch capelin and herring.
‘But after seeing how well the 2048 trawl performs on herring, we’ll only be using the 1408 trawl for capelin when we need to,’ he said.

According to Hampiðjan’s fishing gear designer Einar Skaftason, there is plenty of discussion throughout the fleet over whether or not the smaller meshes in the front end of the trawl explain this trawl’s better catching ability.
‘We believe that the Helix self-spreading technology in the meshes in the forward section are part of the explanation,’ he said.
‘These self-spreading ropes have the advantage over conventional ropes in that they vibrate less while towing, while also opening the trawl more effectively to produce a larger opening and a greater volume inside the belly that you get with standard trawl gear. This has the effect that the fish are less likely to be spooked inside the trawl. The Helix ropes are silent in the water, as their stability while towing means that they don’t generate sound waves. Three of the trawls Tómas Kárason mentions are made with Helix ropes. The 1760 trawl has 40 metre meshes in the front part, the 2048 trawl has 32 metre meshes and the 2400 trawl has 64 metre meshes,’ Einar Skaftason said.