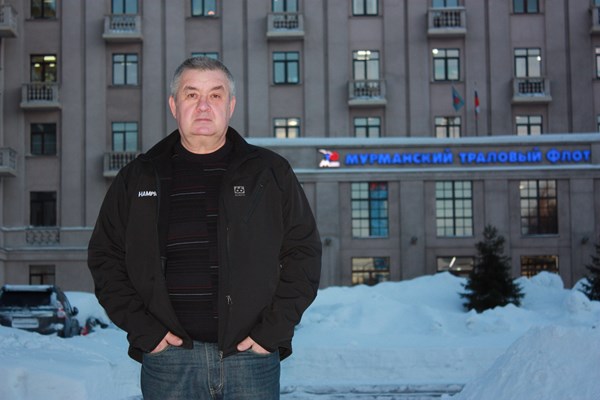 Hampiðjan has now opened a sales office in Murmansk, with Sergei Kiselev appointed to manage sales of fishing gear from Hampiðjan and other companies within the group to Russian fishing companies, as well as handling servicing.

The new office is situated in a prime location in the Murmansk Trawl Fleet (MTF) building at the quayside, alongside many other fishing companies.

Sergei Kiselev has plenty of experience of the Russian trawling sector, with thirty years as a trawl master behind him, mostly on trawlers operated by MTF. The trawl master’s role is to oversee every aspect of the fishing gear on board and to select in consultation with the skipper which gear to deploy according to circumstances and conditions.

Now approaching sixty, Sergei Kiselev graduated from navigation college in 1972 and ten years later he graduated from the Arkhangelsk Fisheries Academy as a senior fishing gear technologist. He also spent three years in the Russian navy, but most of his career, from 1976 to 2015, has been spent with MTF, and most of that time as a fishing gear manager.

Hampiðjan is very optimistic for the future of its Murmansk branch and we welcome Sergei Kiselev to the team.