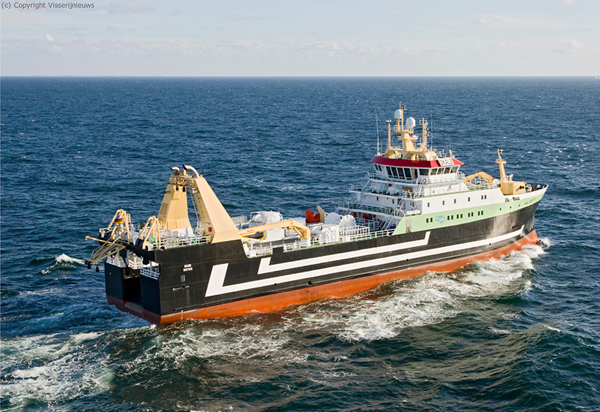 ‘The skipper reports that the new 3072 metre Gloria redfish trawl works like a dream, especially on dispersed fish, and he was fishing better than others in the same area. The crew were surprised at how easy it turned out to be to handle this very large gear in bad weather and how quickly they could turn around during a tow. There was some good fishing all through the first trip in the Irminger Sea, and some days the fishing was so good that they had to lay to,’ said Aðalsteinn Snæbjörnsson, foreman at the Hampiðjan’s Reykjavík net loft. He stepped ashore just before the Seamen’s Day stopover after having spent a trip with the new German trawler Mark, registered in Rostock. 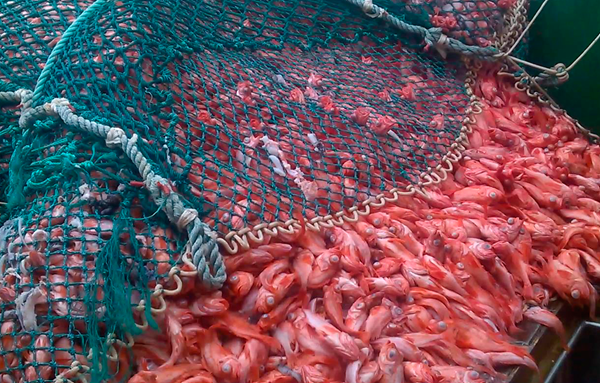 The trawler was making its first trip on offshore redfish in the Irminger Sea, using a Hampiðjan 3072 metre Gloria trawl with codend rigged for redfish. The trawl was squared using the 15 square metre Thybøron trawl doors that were alreayd on board and a set of 300 metre sweeplines. Aðalsteinn Snæbjörnsson joined Mark on the fishing grounds on the 15th of May  and spent 15 days at sea with the crew as they got to grips with this new fishing gear.

‘We can say that everything went like clockwork. This was the first time that redfish in these amounts was processed on board, so the catch handling system for redfish was also getting a baptism of fire during this trip,’ he said. ‘Otherwise production would have been run at full speed, which is around 100 tonnes per 24 hours.’ 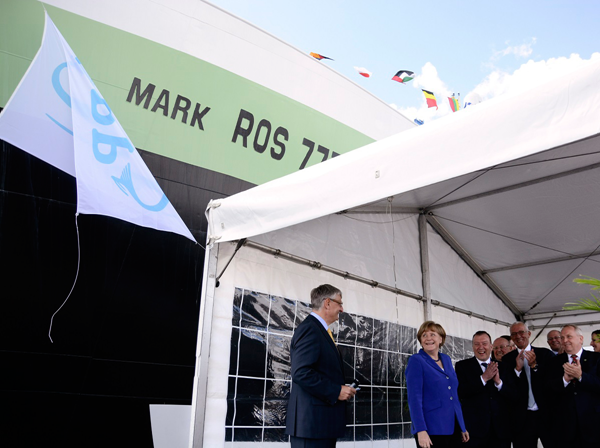 Newest German trawler
Mark ROS-777 is a magnificent ship and the latest addition to the German fleet. It was built at the Tersan yard in Turkey and delivered to its owners,the Parlevliet & Van der Plas group in June 2015, with Chancellor Angela Merkel present to christen the vessel.

It measures 94 metres overall with a 16 metre beam and has accommodation for a crew of 34 plus two sick bays. The main engine is a 4000kW MAK and the entire deck equipment package is electric and supplied by Ibercisa.

‘The design of the ship focuses on economic operation and it uses an unbelievably low amount of fuel compared to older trawlers. The propeller is very large and turns at only 108 revolutions per minute. It is built for long trips and the fishroom has capacity for 1200 tonnes of frozen products,’ Aðalsteinn Snæbjörnsson said.